The Devil’s Business or the Armourer’s Faith?

The Story of Two Plays

Statesmen of World War I by Sir James Guthrie / © National Portrait Gallery. Creative Commons Licence. http://tinyurl.com/39k5wm
"What on earth is the true faith of an Armourer? To give arms to all men who offer an honest price for them, without respect of persons or principles, to aristocrat and republican, to nihilist and Tsar, to capitalist and socialist, to burglar and policeman, to … all nationalities, all faiths, all follies, and all crimes." - Andrew Undershaft, Major Barbara

Two plays, George Bernard Shaw’s Major Barbara (1905), and Fenner Brockway’s The Devil’s Business (1914), stage the arms trade debate. They share a similar message; those who produce and sell arms to both sides succeed in corrupting government. However, in the short time between their publication dates, war broke out and thus the two plays received very different reactions. While in 1914 Brockway’s play was confiscated by the authorities, in 1905 Shaw’s Major Barbara was acclaimed by many critics. 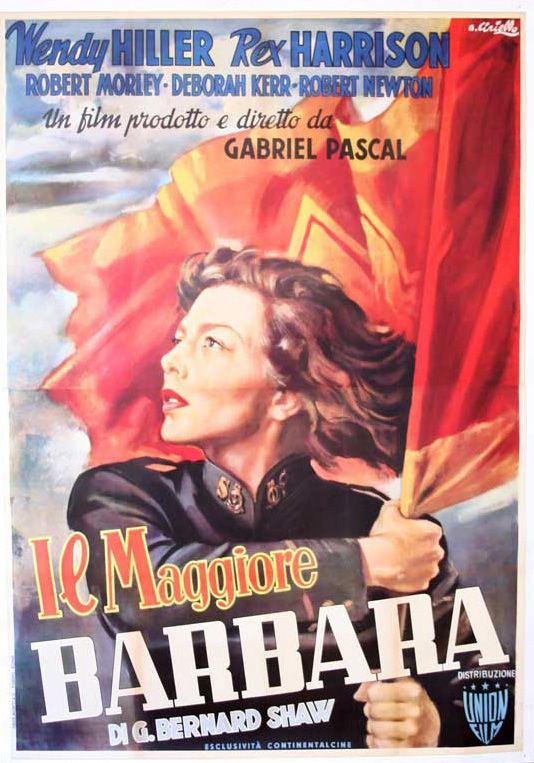 He takes his children and their fiancés on a visit to his factory. He shows them his workers are paid a good wage, all their needs are catered for, and yet he still makes massive profits.

His family is bought out by his money and the force of his will, even his daughter, Barbara, a Salvation Army convert.

Undershaft ‘buys’ the Salvation Army, which is short of money and therefore accepts his donation. Barbara returns to a child-like state, disillusioned by religion.

Undershaft triumphs:
‘I am the government of the country … you will do what pays us. You will make war when it suits you, and keep peace when it doesn’t … when I want anything to keep my dividends up, you will discover that my want is a national need … and in return you shall have the support and applause of my newspapers, and the delight of imagining that you are a great statesman.’ 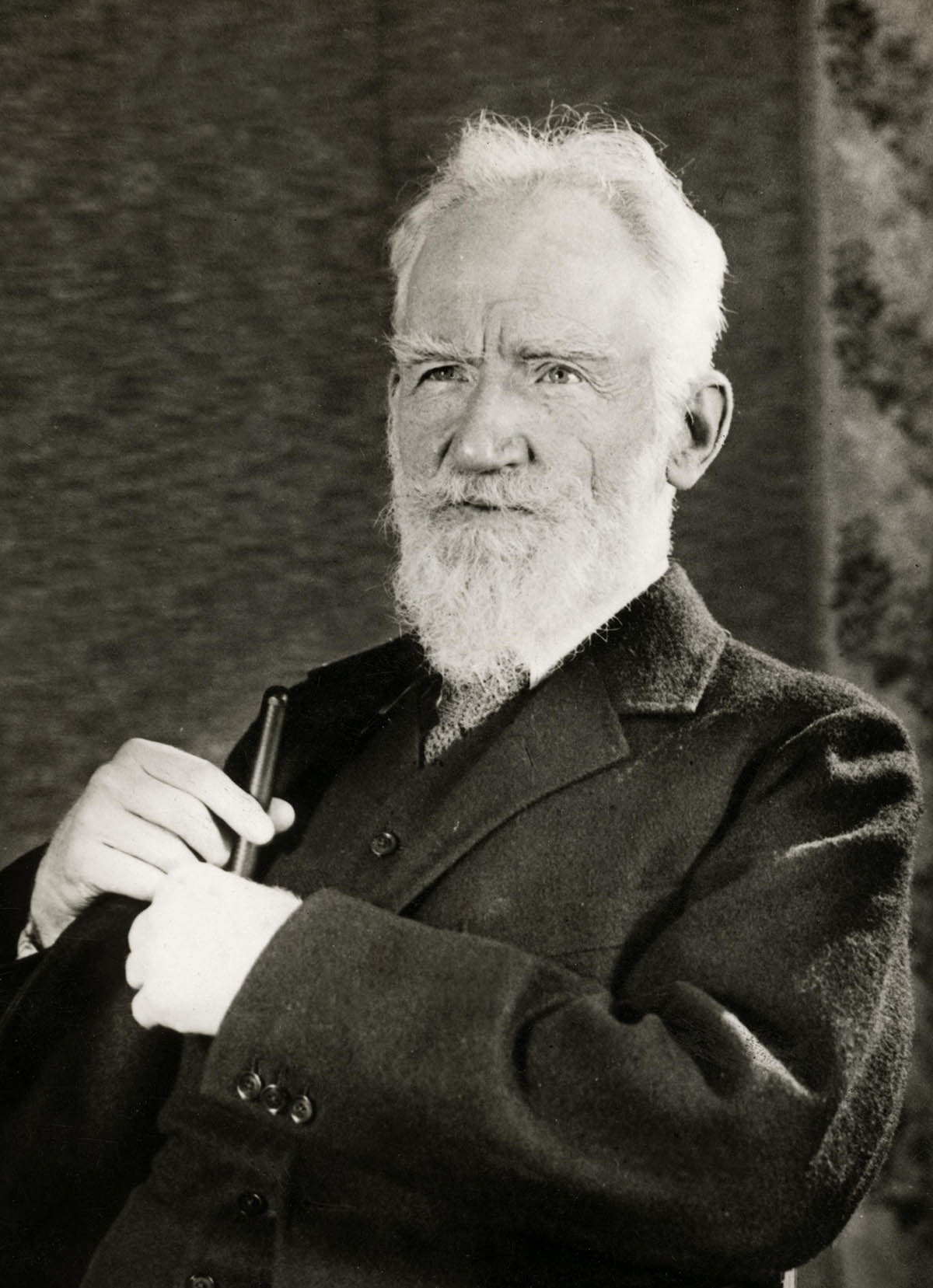 Shaw collaborated with Gilbert Murray, a professor of Greek at Oxford University. Their aim was to put serious drama on to the West End stage, prefiguring a national theatre. Murray was passionately committed to disarmament and to public education against the arms trade. Years later, in 1934 he was closely involved in organising the ‘Peace Ballot’ when a large majority of 11 million voters voted, amongst other things, for an end to the trade in private armaments.

One of the characters in Major Barbara, Adolphus Cusins, fiancé of Barbara, is based on Gilbert Murray. Adolphus is portrayed as a high-minded and learned intellectual, whose ideas are naïve and idealistic. He abandons his opposition to the dirty business of arms trading when he realises he can marry Barbara if he accepts money from her father, the arms manufacturer. The characterisation of Cusins was so much like Murray himself that the actor even borrowed his spectacles, was made up to look like him, and imitated his way of speaking. Murray protested that Undershaft had all the best lines and there was no counter-argument, but Shaw paid no attention.

In Major Barbara’s last Act Murray and Shaw debate by proxy. Murray said Undershaft’s victory over his daughter and Cusins in the play was ‘a terrible disappointment’. Shaw’s argument was that Undershaft is ultimately a realist. He recognises that without money, life is impossible; everyone except the privately wealthy and high-minded must accept the fact that no money is clean. Shaw believed that the trade in armaments was justified if it solved poverty, for him the ultimate crime.

The choice for Adolphus / Murray lies: ‘Between standing on the footplate at work, and merely sitting in a first class carriage reading Ruskin and explaining what a low dog the driver is and how steam is ruining the country.’

The complex issues of international politics and business are distilled to their simplest forms and presented as farce.

Appearing almost a decade after Major Barbara was first performed, Fenner Brockway’s play The Devil’s Business showcases the international arms trade’s role in fuelling conflict. The complex issues of international politics and business are distilled to their simplest forms and presented as farce.

The play is set in ‘the war committee of your government’ where the Prime Minister, Minister of War and the First Lord of the Admiralty are meeting to celebrate an imminent naval victory. Instead, they learn they’ve received a crushing defeat at the hands of the enemy’s new super weapon. Their meeting is interrupted by a representative from the arms company responsible for selling the devastating new weapon to the enemy. She has come to offer the government an expensive new bomb that will compensate for the enemy’s technological advantage.

Despite the high price, they decide to buy the weapon offered, but as soon as they do the saleswoman offers them another weapon, one that would this time make their new weapon obsolete. If they don’t buy it she will sell it to their enemy.

At the same time news of the naval defeat has become public and a mob is gathering. The contract for the long range gun is signed, the mob is tamed by news of the new super-weapon and the meeting once again seems finished. The seller however once again offers to sell them yet another new weapon. Losing patience, the Prime Minister responds by telling the seller to take her business back to the devil. The Prime Minister, overcome by the nature of war, calls for peace and a new united world before falling down dead. The Minister for War is clearly unimpressed and after the death of the Prime Minister ends the play with the words: ‘Thank God! Now we can get on with the war’. 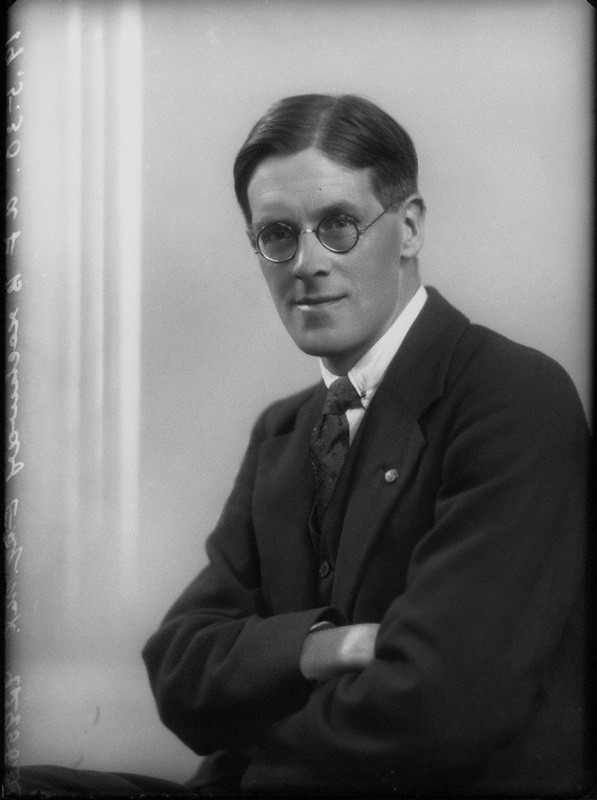 In stark contrast to Major Barbara, Fenner Brockway’s play was written at the outbreak of war, when patriotic fervour was at its height. The Defence of the Realm Act (1914) made it illegal to stage anything critical of the war.

During raids on the Labour Leader offices in Manchester, and bookshops in London, all copies of the play were confiscated, along with other material published by the Independent Labour Party. In August 1915 Brockway was charged, but not convicted, of publishing seditious material.

Brockway asked Shaw if he thought the play could be republished while the war continued. Shaw responded that he could appeal, but advised that: ‘I think it would be wisest to drop the business for the present. A decision in your favour would not re-establish liberty; the military authorities might seize the book again the next day if they pleased. For that matter, they might shoot you quite privately without informing your friends or mentioning your name. And at the present pass the publication of the facts can do no good’.

Shaw’s fears seem exaggerated with hindsight, but at the time there were certainly dangers associated with speaking against the establishment. In 1916 as a co-founder of the No Conscription Fellowship Brockway was arrested twice, once for distributing pacifist leaflets against conscription and again under the Military Service Act. Like other conscientious objectors, he wasn’t released until six months after the war ended. The Devil’s Business was re-published, but not until 1928, when it appeared with a new foreword discussing the history of the play and new developments in the arms industry since the first publication.

Many artists, musicians and comedians have taken action against the arms trade in the century following the First World War. French film Mic-Macs satirised the global arms trade, watch here.

UK comedian and activist Mark Thomas has written a book and made several television programmes about the arms trade. Here he, hilariously, debunks the myths used to justify the arms trade today.