All Aboard The Peace Train

Caricature of 1915 International Women's Congress at the Hague, featuring women running from a mouse "Fransch Protest" / © Women's International League for Peace and Freedom, Swarthmore College Peace Collection
‘Everyone is speaking of war as if it were a dispensation from the Almighty, something like measles, that we cannot avoid,’ declaimed a member of the International Woman Suffrage Alliance (IWSA) in 1914.

WILPF British delegation to Second International Congress of Women in Zurich, 1919 / © Women's International League for Peace and Freedom/ © Library of the London School of Economics and Political Science, LSE/WILPF/22/1

Since 1902, women had forged transnational friendships under the umbrella of IWSA, though the first few months of war divided feminists. In Britain, Emmeline and Cristabel Pankhurst became jingo patriots, believing women could earn the vote by rallying behind their belligerent governments. Half of Mrs. Fawcett’s constitutional suffragists shared their pro-war stance. At a time of white feathers, with sons and lovers on the front line, it was difficult for individual women to attack militarism.

Helena Swanwick and other anti-war feminists were exchanging ‘warm sisterly greetings’ with their counterparts in Germany through the pages of Jus Suffragii, and Sylvia Pankhurst remained a committed internationalist. Yet the German section of the International Women’s Suffrage Alliance (IWSA) felt that they had to cancel the International Congress which had been due to meet in Berlin in June 1915. In response, Dr. Aletta Jacobs – the first female physician in the Netherlands – invited women from warring countries to her neutral homeland. That meeting called for an International Women’s Congress, cutting across national enmities. It would be the founding event of the Women’s International League for Peace and Freedom (WILPF).

The first International Congress of Women 1915

This first Congress aimed to protest the war and discuss the role of international relations in achieving lasting peace.

‘Peacettes’ were castigated as traitors by the popular press, but that was the least of their worries. ‘No one enjoys travelling in mine-strewn seas and under uncomfortable arrangements which now exist for ocean travelling,’ commented Carrie Chapman Catt, IWSA president. From 28th April to 1st May 1915, 1,500 delegates from 12 countries braved hazardous travelling conditions to reach the Congress venue at The Hague. Germany had declared the seas around Great Britain to be a war zone and all enemy ships in that area were liable to submarine attack, even those carrying a neutral flag.

180 British members were ready to travel, including Sylvia Pankhurst. But passports were refused to all but 25, and even as these delegates reached Tilbury, the North Sea closed to all shipping so they could not set sail. Three British women did succeed in reaching The Hague: Chrystal Macmillan; secretary of the International Suffrage Alliance, Kathleen Courtney, who was already in Holland, and Emmeline Pethick-Lawrence, who travelled with the American delegates.

This first Congress aimed to protest the war and discuss the role of international relations in achieving lasting peace. Two issues were banned from discussion; ‘the relative national responsibility for or conduct of the present war’ and ‘resolutions dealing with the rules under which war shall in future be carried on.’ The Congress adopted 20 resolutions, integrating pacifist and feminist ideals in the hope that equal rights for women would help prevent further war. Most importantly the Congress agreed to the creation of the Women’s Council for Permanent Peace.

The group would be represented by two delegates from each country and headquartered in Amsterdam. American Jane Addams was president. Dutch Aletta Jacobs and Austro-Hungarian pacifist Rosika Schwimmer were vice-presidents. In order to consolidate international ties the group later changed its name to Women’s International League for Peace and Freedom (WILPF) in 1919. 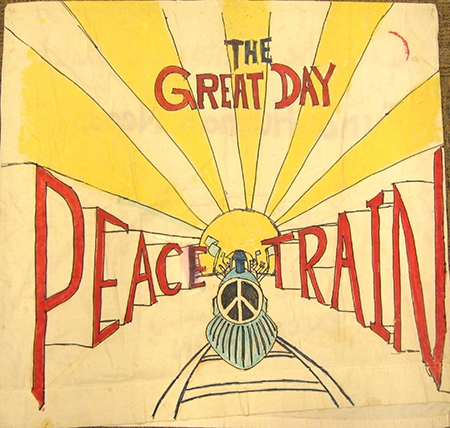 The Second International Congress of Women 1919 was held at the same time as the Paris Peace Conference. The organisers wanted the conference to take place at or near Versailles, in the hope of influencing the Peace Treaty, but with travel restrictions placed on women from the central powers, they had to make do with Zurich. From 12th to 17th May 1919, the International Congress of Women hosted 200 women from 17 nations, but the majority of delegates came from the U.S.A, Great Britain and Germany. One member commented that the German delegation was ‘scarred and shrivelled by hunger and privation, they were scarcely recognisable’.

The Zurich Congress praised the creation of the League of Nations, which provided an international platform to ‘represent the will of the people and promote international cooperation.’ However, delegates condemned much of the Paris Peace Settlement, for it was evident that activists in Versailles had not successfully lobbied for the victors to disarm. The issues negotiated at the Versailles conference centred on reparation costs and territorial settlements. WILPF member Lucia Mead condemned the Versailles Treaty as ‘imperialistic and full of weakness’. The Congress criticised the ‘fact that it has been drawn up…by the entente powers only’ and described its content as a continuation of war. The introduction of the war guilt clause oppressed and exploited Germany, they said. ‘Poverty, disease and despair, which must result in the spread of hatred and anarchy,’ arose from the Allied blockade of Germany.

Jane Addams wrote a concerned letter to Woodrow Wilson, to which he replied, ‘I hope sincerely that means may be found, though the present outlook is extremely unpromising.’ On reading the terms of the treaty, the International Congress of Women sent personal envoys to the Allied leaders. The ‘International Congress of Women expresses its deep regret that the terms of peace proposed at Versailles should so seriously violate the principles upon which alone a just and lasting peace can be secured.’ Other commentators at the time suggested that peace could have been achieved if the victors had also taken the opportunity to disarm.

However, in a male dominated Paris Peace Conference where women could not fully participate, their efforts ultimately failed. Diplomatic meetings, like the Paris Peace Conference, took place behind closed doors, so peace campaigners could not put pressure on negotiating politicians. The peace movement would have to adapt to alternative forms of pressure such as appealing to public opinion. (North Wales women demonstrated the power of this strategy in the 1920s.) The events in Paris and Zurich reinforced the belief that peace, which required justice and equality, could not be obtained unless ‘women have a voice in the affairs of nations’. The exclusion of women was typical of the postwar period in the patriarchal casting of women as valued rather than equal citizens.

The Second International Congress of Women adopted a formal international constitution. This 12 point Charter called for full franchise for women, eligibility to every position at the League of Nations, equal pay and opportunities in employment and education, economic support for mothers and racial equality. The national sections were now directly represented on an International Executive Committee that would strengthen international links to promote women’s rights and peace.

It was agreed by the women in Zurich that the Treaty of Versailles reconstructed patriarchy, and would lead to further conflict in Europe.

The political and theoretical understanding encapsulated in the Women’s Charter was an indication of how far the movement had progressed. The document linked suffrage campaigns originating in the pre-war era with pacifism and heightened attention to the social and economic status of women. It was agreed by the women in Zurich that the Treaty of Versailles reconstructed patriarchy, and would lead to further conflict in Europe, as without women’s influence in government the strongest impulse for peace was lacking. Alice Hamilton, who had accompanied Jane Addams to Zurich, commented that ‘violence and war were less a human instinct than a specifically masculine problem, embodied in the male dominated state.’

Read more about WILPF in Women Take on the World Disarmament Conference (1932-1934).

After 100 years WILPF continues to campaign for a total and universal disarmament. During its lifetime WILPF has organised dialogues between women in the Middle East, sent delegations of women to North and South Vietnam to oppose the Vietnam War, and worked closely with the UN to enact change for women’s peace and security.

One of its most important programmes is Reaching Critical Will (RCW), created in 1991. Reaching Critical Will monitors multilateral disarmament processes and facilitates civil society participation in meetings and conferences. It also produces research studies and reports on key disarmament issues, contributing critical analysis and advocacy for disarmament, reduction of military spending and demilitarisation in order to achieve human security and justice.

Celebrating 100 years since the First International Congress of Women

In 2015, WILPF will be celebrating 100 years since the First International Congress of Women. For this occasion WILPF is organizing a major international conference in The Hague from April 27 to 29, 2015.

The conference will set the new peace agenda for the next century on how to stop
war and conflict, promote women’s participation and the principles of permanent
peace.

There are different ways in which you can engage to celebrate this important anniversary:

Sign the Pledge
Take the Women’s Power to Stop War Pledge and show your support in this
movement. Find and share it here

Go to The Hague
Mark your calendars to go to The Hague in April 2015. Check here for updates on the programme and how to register.