Greek and Ottoman fleets clash in the Naval Battle of Lemnos, January 1913 / © Creative Commons
Following the Young Turk revolution of 1908, the Ottoman Empire determined to replenish its crumbling navy with the aid of gold coins, jewels and necklaces donated by citizens.

Every Penny Spent in England

Battleship Reşadiye was renamed HMS Erin after Churchill seized her for the British fleet in 1914 / © IWM (Q 75210)
Seeing the close relationship now forming between Turkey and Britain, Germany sold a dreadnought to the Turkish to improve relations.

The Turkish Admiralty had drawn up a scheme of construction worth £18 million, including six dreadnoughts, of which ‘every penny…was to be spent in England.’ The new programme called for ‘six battleships, twelve destroyers, twelve torpedo boats, and six submarines.’

In September 1908, the Young Turks requested the loan of an English admiral to oversee reorganisation of the Turkish fleet. The British considered the loan ‘of the highest political importance’, and sent Rear Admiral Douglas Gamble to the Turkish navy in October of that year. Turkey also employed Admiral Henry Woods to advise them on naval modernisation. Wood’s report on the Turkish navy in 1908 noted its rundown state, and recommended the construction of two armoured cruisers, twelve destroyers, thirty torpedo boats, and eight submarines.

However, ‘British officers and diplomats continued to discourage major Turkish naval purchases’ due to Britain trying to ‘forestall a naval race with Greece.’ In mid-January 1909, Halil Pasha took office as the new Naval Minister in Turkey and made Gamble step down. He then entered into ‘secret and unauthorised’ negotiations with Armstrong Whitworth to purchase two dreadnoughts and a pocket battleship in order to ‘neutralise the Greeks’. When this was found out, Halil was forced to resign and the order was halted on the grounds that the purchase ‘far exceeded the state’s financial resources.’

Seeing the close relationship now forming between Turkey and Britain, Germany sold a dreadnought to the Turkish to improve relations between the two countries, whilst also offering a loan of TL11 million to Turkey after France and Britain refused. 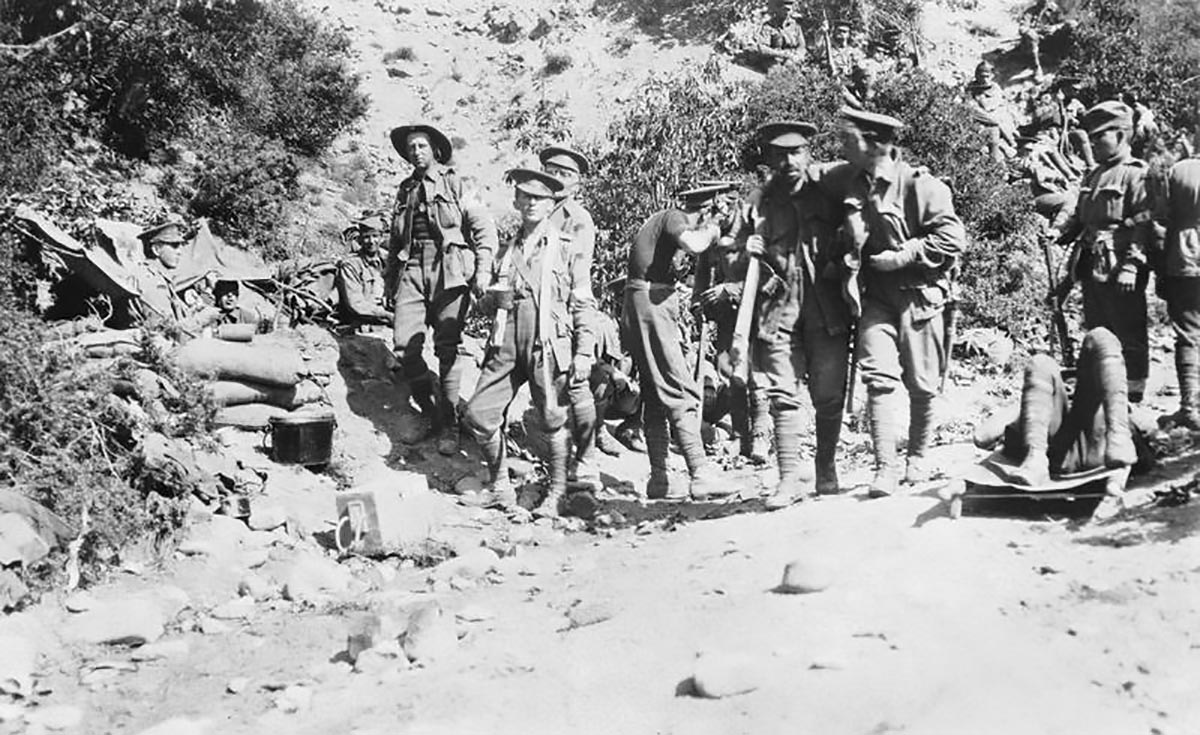 In February 1911, the Turks communicated interest to Armstrong about buying new battleships, and signed a preliminary agreement of an order for two. Armstrong collaborated with Vickers to obtain the contract, with the backing of the British government. In July 1911, in regards to the battleships contract, Vickers very generously permitted the Turkish government six months free credit, payment by ten equal instalments, and arranged the financing of the commencement of construction for the Turks. In an even more generous move, Vickers’ bankers, Glyn Mills, guaranteed advances of £600,000 to the Turks in respect of payment due to Vickers on a warship. In 1911, Vickers had contracts with the Ottomans worth TL2.2 million and promises for a further TL5.5 million in 1913.

Turkey also wanted to be able to build its own dreadnoughts and allowed leading British firms to reorganise its dockyards. Vickers, John Brown, and Armstrong combined to exploit contracts in Turkey. Together they established the Imperial Ottoman Docks, Arsenals and Naval Construction Company in 1913, with a capital of £250,000. The Ottomans held the controlling share, and the minority was divided between the British firms.

The British firms invested £1.2 million, and the Ottoman government guaranteed £84,000 annually as interest, alongside the Ottomans committing to entrust all of the new naval construction to this group immediately and to bind themselves for 30 years to place all naval work with the group. The Times newspaper of December 3rd 1913 published a telegram from Constantinople announcing the contract: ‘The government hands over to the Armstrong Vickers group the Arsenal and docks on the Golden Horn, with all the existing machinery and buildings. It likewise provides for a site for a naval base at Ismid. The English group finds the capital for the exploitation of the works and supplies the technical knowledge and control essential to the success of the undertaking.’

The contract, the like of which had never ‘been made in any country’, expressly stated that only Turkish or British workmen could be employed on the dockyards. In 1913, armament orders in hand for Turkey were equivalent to 84 percent of British manufactured exports to the Ottoman Empire for that year.

Officially the British government did not take credit for securing the contract for Armstrong Vickers, though they must have hoped it would counter-balance German influence with the Ottomans. MP Philip Morrell pressed the Secretary of State for Foreign Affairs, Edward Grey, to tell the Commons whether this contract was concluded with the `knowledge, assistance, or consent’ of the British government. Evading the question, Grey informed the House that the agreement was ‘a result of private negotiations between the Turkish government and the firms interested’. Surely, Mr. Morrell complained, the government ought to be concerned that a British company was entering into a contract to `increase the armaments of a foreign power’.

From HMS Agincourt to Gallipoli 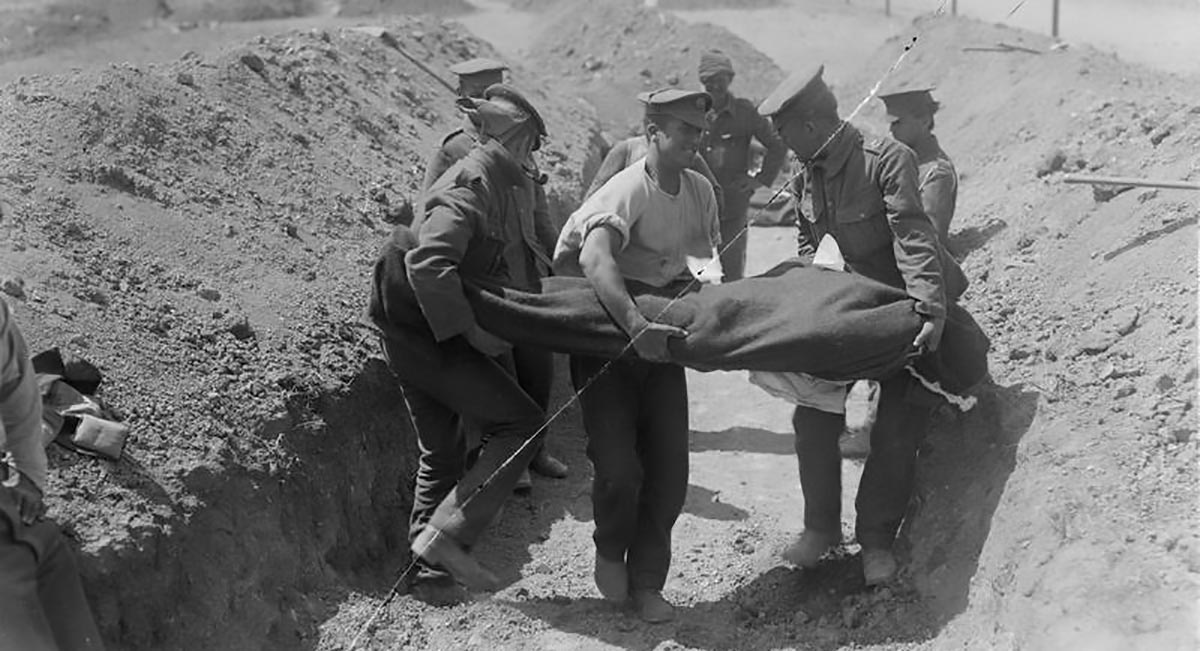 In early August 1914, Churchill commandeered Sultan Osman and Reşadiye – two battleships bought by the Ottomans from Vickers and Armstrong. 500 Turkish troops had arrived in a steamer at Newcastle on Tyne to sail the ships home, when Churchill made this last minute decision to grab them for the British fleet. This decision – deemed ‘British treachery’ – came with no promise of compensation and helped sway the Turkish people in favour of siding with Germany. In August 1914, the Ottoman Empire signed a treaty of alliance with Germany, and formally entered the First World War on 28th October 1914, with the bombing of Russian Black Sea ports. The Triple Entente, or Allied Powers, declared war on the Ottoman Empire on 4th November.

Letters exchanged between Vickers, Armstrong and their other brothers in arms reveal that another first class battleship, two scouts, four torpedo boat destroyers, two twin screw submarine boats and a floating dock were still under construction for the Ottomans when Turkey entered the war. Vickers dropped in on the Admiralty to enquire whether the British wished to take them over!

Churchill’s ‘treacherous’ seizure of  the battleships Sultan Osman and Reşadiye came with no promise of compensation and helped sway the Turkish people in favour of siding with Germany.

Clive Trebilcock insists Vickers and Armstrong were ‘overwhelmed by hostilities before they were ever able to show a profit.’ In a similar vein, Dan van der Vat writes that little progress had been made on regenerating the neglected Ottoman fleet by the time war broke out, owing to the length of time it took to fulfil shipbuilding contracts.

However, letters in the Vickers archive, Cambridge show they succeeded in supplying a great deal of ammunition. For example, in December 1909, Vickers signed a contract to supply over £46 million (sterling) worth of projectiles, cordite and other ammunition for a single Ottoman warship – the Messudieh – and guaranteed the cordite would be as good as anything they gave the British Admiralty. Indeed, Basil Zaharoff, a notorious arms dealer for Vickers, used the re-armament of Russia – partly thanks to his own efforts – as a pretext to sell more weapons to the Ottomans. At any rate, it is safe to presume that British ammunition helped decimate Allied troops in the disastrous Gallipoli campaign, during which French, British and Australian troops suffered 285,600 casualties.

There were more questions and evasions in the Commons on 17th November 1914. Mr King asked Edward Grey ‘whether he has taken notice of the operations of the Imperial Ottoman Docks, Arsenals, and Naval Construction Company; whether he is aware that this British company has been formed to supply Turkey with munitions of war; and whether this company continued to carry on its operations up to the outbreak of hostilities with Turkey? Grey replied:

‘The company in question is Ottoman, not British. [Though patently British companies were major shareholders and architects of the company.] I presume that up to the outbreak of War the company carried out operations in accordance with its contract, but I have no reason to suppose that these operations, of which the provision of munitions of war was to form a subsequent and subsidiary part, were in any way detrimental to the interests of His Majesty’s Government.’

Read more about Vickers’ exploits in Vickers & Krupp: a Debacle over Royalty Payments to the Enemy.